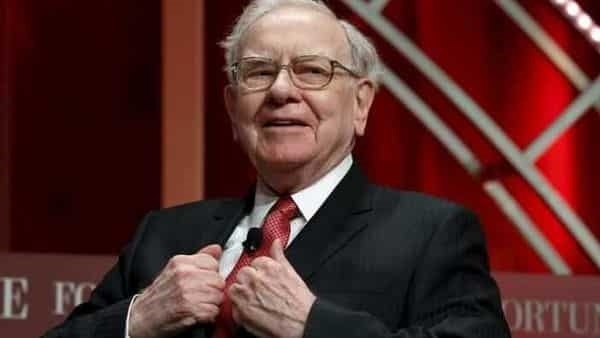 There's a reason the Oracle of Omaha is an ultrabillionaire as he turns 90: He grasped the power of compounding at the age of 10. The sooner the rest of us fully understand it, the better off we'll be.

The chairman of Berkshire Hathaway Inc. is one of the most successful investors of all time, having amassed a net worth estimated at $82 billion. Yet he accrued nearly 90% of that sum after the age of 65. Investing well is important, but investing well for a long time matters even more.

I've long recommended," Mr. Buffett told me in an email earlier this month, what I call, "˜The Methuselah Technique." That, as he explained in a letter he wrote to the investors in his limited partnership on Jan. 18, 1965, is the combination of a long life and a stable, attractive investment return. Mr. Buffett made his first investment, three shares of Cities Service Co., more than 78 years ago.

From the earliest age, Mr. Buffett has understood that building wealth depends not only on how much your money grows, but also on how long it grows.

“That’s where the money is," he recalls telling himself, according to “The Snowball," Alice Schroeder’s biography of Mr. Buffett.

“The way that numbers exploded as they grew at a constant rate over time was how a small sum could turn into a fortune," Ms. Schroeder wrote about his epiphany as a boy. “He could picture the numbers compounding as vividly as the way a snowball grew when he rolled it across the lawn."

That isn’t easy for most of us to do. People severely underestimate the power of compound growth, and those errors worsen over longer time horizons and for higher rates of return.

Here’s a quick quiz inspired by Warren Buffett. If the Dow Jones Industrial Average, about 28500 this week, compounds at slightly under 1.6% annually, what will its value be on Dec. 31, 2099?

What if the Dow earns an average of 4.6% annually?

Those rates of return don’t include any boost from dividends. They also assume an investor takes a diversified approach. Concentrating on only a handful of investments and holding them for years or decades has generated huge gains for Mr. Buffett, but may create nothing but heartache for investors who aren’t as knowledgeable.

If you don’t find those results surprising, you’re either as good at math as Mr. Buffett is, or you have been reading too fast. Even at low to moderate rates of return, long periods of continuous growth turn small amounts into mountains of money. That’s vital for investors to remember when more speculators than ever seem to be hanging on to stocks for only days or hours at a time.

Mr. Buffett’s long career offers another lesson: Be flexible. The older he gets, the less he invests the way he used to.

This week Mr. Buffett’s company’s stake in Apple was worth about $123 billion, or 24% of Berkshire’s total market value—a stunning turnabout for an investor who long refused to invest in technology stocks because he felt he didn’t understand them.

Across the market overall, Apple’s shares turn over at an annual rate of 211%, estimates AJO, an investment firm in Philadelphia. This means the typical investor holds the stock for less than 25 weeks. Berkshire has held Apple for 4½ years, with no end in sight.

Before he was even a teenager, wrote Ms. Schroeder, his biographer, “Warren began to think about time in a different way. Compounding married the present to the future. If a dollar today was going to be worth 10 some years from now, then in his mind the two were the same."

By the time he was in his late 20s, the way Mr. Buffett thought about compounding was like a reflex. When he paid $31,500 for his house in Omaha, he called it “Buffett’s Folly," because “in his mind $31,500 was a million dollars after compounding" into the future, Ms. Schroeder wrote.

His friends and family regularly heard the young Mr. Buffett mutter things like “Do I really want to spend $300,000 for this haircut?" or “I’m not sure I want to blow $500,000 that way" when pondering whether to spend a few bucks. To him, a few dollars spent that day were hundreds of thousands of dollars forgone in the future because they couldn’t compound.

Recognizing that every dollar you spend today is $10 or $100 or $1,000 you won’t have in the future doesn’t have to make you a miser. It teaches you to acknowledge the importance of measuring trade-offs. You should always weigh the need or desire that today’s spending fulfills against what you could accomplish with that money after letting it grow for years or decades into the future. And the more often you trade, the more likely you are to disrupt compounding and to have to start all over again.

Now more than ever, as Mr. Buffett continues to show, patience and endurance are investing superpowers.