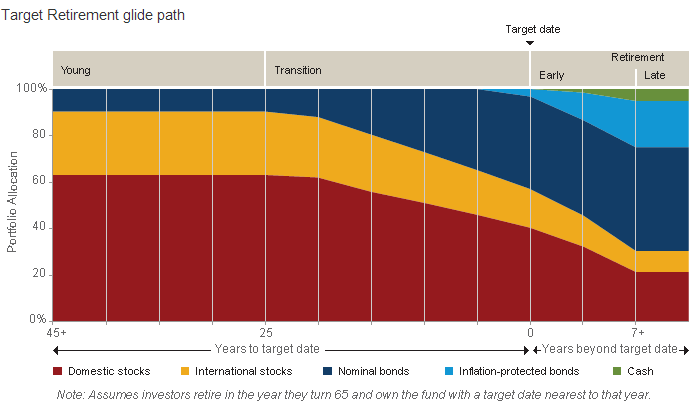 Target-Date Funds are a recipe for mediocrity

You know something that would be no fun… retiring broke.

What would be even worse is thinking you’re doing all the right stuff… and still retiring broke.

For a lot of folks, it’s becoming a scary and surprising reality.

They cut their debt. They save their money. And they stick their extra cash into a retirement fund. And yet when they sit down to crunch the numbers, they find out they’ve got way less than they need.

Worse… they’ve got way less than they could have had.

I’ve been in the investing game a long time. During that time, I’ve seen lots of trends – but none as powerful as the rise of the exchange-traded fund (ETF). Overall, I am a fan. They’re simple and cheap and get investors in the door.

But there’s a subset of the ETF world we’I'm not so fond of – target-date funds (TDFs).

According to a study by Fidelity Investments in 2018, more than half of all 401K accounts have 100% of their assets in TDFs. More than 62% of all 403B accounts are in TDFs, and over a trillion dollars is now in TDFs.

98% of employers use TDFs, and 90% of them have it as the default option, which means they automatically put your money there unless you specifically direct them to do otherwise – and almost no one does..  So, if you have a 401K, there is a good chance your money is in a TDF, even though you didn't request it.

In addition, it's 'one-size-fits-all' - not taking into account anything but your age.  Not income, risk tolerance, savings amount, lifestyle. Just age.

According to the General Accounting Office (GAO), investors in the largest TDFs lost as much as 31% of their money. Some lost 40%! - and many investors were unaware of the risk they were taking, according to the report.  This is in an investment that's supposed to protect folks as they move toward retirement!

A study by Brightscope found that TDFs have internal fees up to 25% higher than normal 401K plans without TDFs.  This means they will devour 20% of your savings over 20 years. Check out your funds at the FINRA Funds Analyzer.

As B.C. Forbes, founder of Forbes magazine noted: "Refuse to be stampeded! Do your own thinking."

Look around. That’s no good.

It’s the recipe for mediocrity.

But by their very definition, target-date funds offer mediocrity as their best-case outcome.

That’s because they use a flawed investment model.

The “diversification” strategy used by most target-date funds is outdated and has never been tested over the long haul. It may have worked once (during the economic heyday of America, when so many theories were “standardized”)… but times change, and strategies must follow.

Here’s the thing. Most target-date funds are actively managed ETFs that are designed to automatically adjust their risk profiles as retirement nears.

Using Vanguard’s version of a 2050 target-date fund as a model, our money would go to about 50% domestic stocks (all sizes), 40% international stocks, 7% domestic bonds and 3% international bonds.

The ratios the fund uses haven’t changed in generations.

In other words, if we invested this morning, a decade ago or a decade from now, a target-date fund with a “maturity” date that’s 30 years out will almost certainly use that generic allocation – no matter how the world’s economy has evolved.

Again… it made sense 30 years ago – before bonds launched into a huge bull market, before interest rates hit zero and before the “Yellen put” became a thing.

But what if we want to retire in five years?

All of a sudden, 40% of our portfolio is allocated to bonds. And bonds are a drag on performance...with negative real yields. 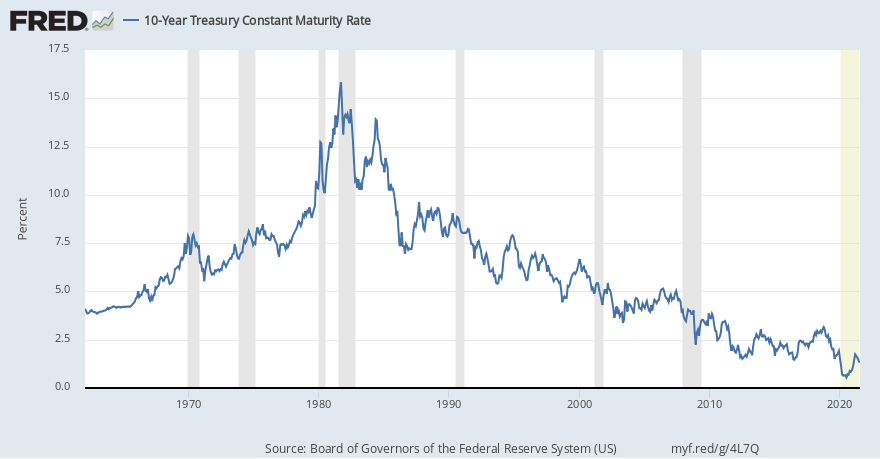 In other words, if we got in this fund when it was allocated heavily to stocks (30 years ago), we just spent the last decade or so selling stocks and buying bonds.

Please understand this. The markets are fluid. They are always changing based on demographics of investors, interest rates, monetary policy, inflation and even political pressure.

To think we should be investing using the same strategies whether the risk-free rate (the 10-year Treasury) is 2% or 8% is flat-out ludicrous.  To think we allocate based solely on age is doubly ludicrous.

And yet many, many folks are.

To think we’re putting so much of our cash in bonds when the effective interest rate (less inflation) is negative… is triply ludicrous.

We’re not alone in this opinion.

Just this month, the folks at Bank of America declared the traditional portfolio diversification model dead.

“The relationship between asset classes has changed so much,” its portfolio strategists wrote, “that many investors now buy equities not for future growth but for current income, and buy bonds to participate in price rallies.”

Hmmm… that’s not in the textbooks. And it certainly isn’t represented in target-date funds.

When it comes to this topic, the relationship is clear.

Target-date funds sound like a good idea. But that's a fallacy.

It’s a big one… especially if you’re not so fond of retiring to the poorhouse.