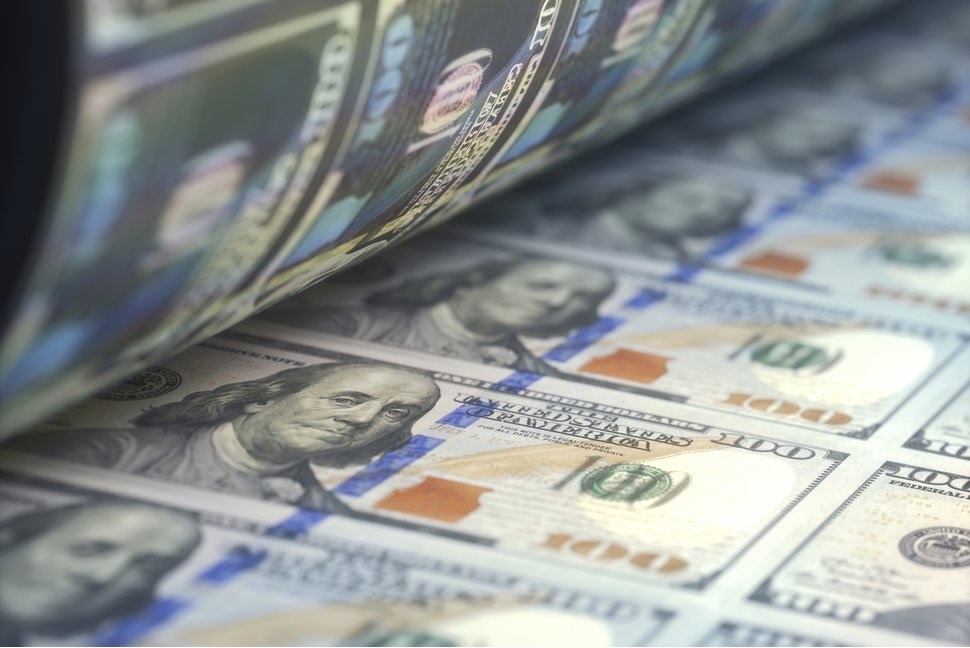 Did you hear the news?

All told… that’s a lot of money.

It’s pushed stocks, bitcoin, real estate and just about everything else with a price tag to record highs.

But it’s the audacity of the latest round of free cash that gets our attention.

We’ll use somebody else’s words to make our point, so we don’t get kicked off the web.

Here it is from Forbes… not exactly the most radical publication...

Vote for us, the soon-to-be-president said… and we’ll make all of your wildest dreams come true.

We’ll even pay for them.

We can’t help be reminded of the truism that nobody said… and yet everybody quotes.

“When the people find that they can vote themselves money, that will herald the end of the republic.”

It’s been attributed to Ben Franklin.

But some say it was actually Alexis de Tocqueville.

Others believe it was Alexander Tytler, a Scottish lord.

The builders of Big Government love to say nobody ever said it… as if that somehow makes the idea false. They use it as evidence to strike down any argument that uses the homeless quote and the idea behind it.

“When the people learn they can vote themselves money… they will. And those who don’t will still cash the check… even as they tear down the republic.”

There’s no debating the truth in the idea.

Just turn on the news.

The National Guard is sleeping in the halls of Congress… stocks are at record highs… and Americans are pacing in front of their mailboxes.

The people have voted. Free money is flowing freer than ever. And the nation, well… It’s not our best look.

We could debate the cause and effect for hours. Surely the advertising-fueled pundits will.

We have been pondering the subject of modern monetary theory (MMT).

We believe every American who cashes that check from Uncle Sam should first have to read the article and list the pros and cons of MMT.

They must understand that the check they’re cashing represents freshly printed money.

They must know that it comes with hidden interest (that could be far more expensive than even the most usurious of student loans).

And they should know that once we go down this path… there’s no coming back. The flimsy bridge from here to there crumbles as we walk over it.

Are we headed to a land where money has no limit?

It’s not constrained by the gold in the ground, the law, or even the checks and balances our forefathers protected us with.

In the realm of MMT, we simply print more money when we need more money. And the people will always vote for more.

Even CNN sees which way the wind is blowing:

US debt surged by $7 trillion under Trump. It will go much higher under Biden

President Donald Trump certainly lived up to his self-proclaimed status as the King of Debt during his term in office. The national debt spiked by $7 trillion during Trump’s tenure – and it’s about to soar much higher under his successor.

Biden says this is just the beginning. There’ll be more coming… he’s already on the case… with a proposal to double the minimum wage.

It’s why we tell everyone we can to buy real assets - like land.  They aren't making any more of it.

It’s a proven way to convert that cash into something tangible and something that will keep pace with the rabid pace of money printing.

With trillions of dollars in handouts, assets will continue to rise.

Some folks say it’s a bubble. It sure may be. But look around… we’re living in a bubble inflated by the Fed's printing press.

The people are never going to vote for the alternative.

Some will yell… some will scream… and some will revolt. But with each new dollar, the addiction gets stronger and the majority swells.

Call someone who can help you turn that money into something tangible - real estate.

Turn that funny money into something useful… while it can still buy you something.

Are you ready to diversify into real assets n order to protect your wealth?
Truly, real estate is one of the best ways to grow your wealth while also defending against the Fed's printing press. If you are open to it, learn more right here.