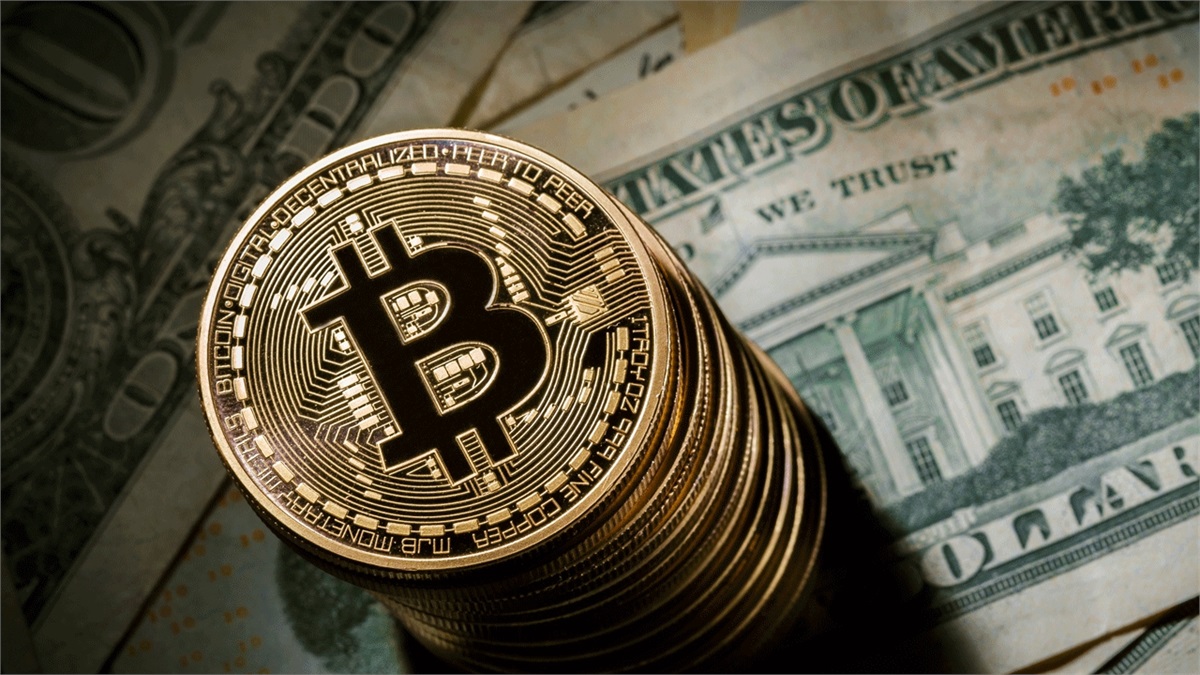 In October 2008, on an obscure electronic mailing list, a participant using the pseudonym Satoshi Nakamoto made an announcement.

He said, “I think I have solved a problem in computer science. I have found a way to create a system of electronic cash that is direct between people without going through a financial institution.”

On that day, Satoshi Nakamoto published a white paper explaining his vision. And in just nine pages, he described in detail what bitcoin was… how it worked… and what it could become.

Satoshi Nakamoto then published software and invited people to participate in running a network.

You see, bitcoin isn’t just money. It is software. It is an application.

You don’t know who these people are. It doesn’t reach out to specific people running this application. It is what’s known as a “peer to peer” network. Every participant in the system is equal. There is no special computer controlling things. They are all just talking to each other.

This creates what, in network terms, is called a “crowd.” The bitcoin application – this program – randomly reaches out and connects to other computers running the bitcoin software. Together, they create a network. And that network is used to make transactions.

Just like when you’re running a computer connected to the internet that communicates with other computers on the internet, nobody is in control of that network. Everyone is equal.

The bitcoin network started on January 3, 2009. And on that day, the world changed.

This network allows people to exchange value… to transmit money. This money is called bitcoin.

And it’s unlike any other form of money we have ever seen before.

First, it does not exist in physical form. Instead, it is the culmination of a trajectory we’ve seen over thousands of years. Money has gone from something physical to a more abstract form of value.

We started with tangible forms of value – a goat, a banana, a pineapple. These are poor forms of money. Because you can eat them. They rot or die. And they can be lost. They are not good forms of money because they are things of value themselves.

We went from that to gold, precious metals, and stamped coins. These are better forms of money. Because you cannot eat them. They do not die or rot.

Also, unlike a goat or a banana, they do not represent value itself. And this is an interesting concept: Money is not the valuable thing itself. Money is the thing you exchange for the valuable thing. It is a symbol… an abstraction. It is something that can be carried that I can give to someone tomorrow, and they will probably give me bananas.

Over time, “money things” have become less and less physical and more and more abstract. But this has taken a long time, because people don’t like change.

For instance, if you tell someone, “I’m not going to give you bananas for the work you did. I’m going to give you a shiny gold coin instead. But don’t worry. You can use this to get the bananas,” they will look at you and say, “I’ve always earned bananas for my work. I think I would like to have bananas, not this shiny, yellow thing.

Eventually, we say, “You know what? You won’t get the shiny, yellow thing. You won’t get the piece of paper, either. You will go and look at numbers on a piece of paper, or a web page, that represent the amount of money you have in the bank. But don’t worry. You can still use those numbers to buy food, products, and services. It is money. But you can’t touch it. You can’t see it. It is just a number.”

Finally, we arrive at bitcoin. It has no physical form. It is entirely intangible. It cannot be touched.

Bitcoin is a different form of digital money because it is not recorded in a database or in the records of a company.

It is a different form of digital money because it has not been issued by a sovereign government, a central bank, or a nation state.

It is a different form of digital money because it has been issued through complex, energy-intensive computation on the internet… recorded simultaneously on every computer that participates on the bitcoin network… and validated independently by every computer on that network.

It is a different form of digital money because it cannot be forged… counterfeited… censored… seized… or frozen. It is different because it can be transmitted anywhere in the world to anyone who can receive it… and because it is not controlled by anyone.

If I use my smartphone to make a bitcoin payment to someone, I am creating a digital transaction that recognizes that I have authorized the transfer of a certain number of bitcoins. The network knows – through the proof of my digital signature – that these bitcoins belong to me.

Now, you don’t need to know anything about digital signatures or cryptographic keys.

Because when you use bitcoin, all you have to do is open an application on your mobile device or on your desktop known as a “wallet.” This tells you that you have a certain number of bitcoins. It allows you to enter the address of a recipient, which is a number a bit like an email address. And it allows you to then select the amount of bitcoin you wish to transact.

And when you click “send,” it uses the digital signature and private key embedded in your wallet to create and sign a transaction that is advertised to the entire bitcoin network. It says, “I have transferred this value.” Then the entire network knows that this value belongs to someone else.

They don’t know who that someone else is. Nobody knows. Because when you make a transaction, it is not related or attached to identity.

If you have installed a bitcoin wallet on your smartphone, or on your desktop, you must pass a complex test: You must be able to download an application. That’s it.

If you can access the iTunes Store or the Google Play Store… if you can download and install a program on your Windows desktop… if you can double-click a mouse… that’s it. You don’t have to prove who you are… or where you are… or show that you are worthy.

For the internet generation, this is a familiar concept.

When you open your web browser, and you start using the internet, do you have to register or get a license? Do you have to create an account to visit Wikipedia?

No. The only requirement is that you are able to download, install, and operate a web browser.

There was a time when the idea of allowing every human to communicate without borders or censorship on the World Wide Web was terrifying to people. To some people, it still is terrifying. Most of the younger generation find it liberating.

Bitcoin does that to money.

Every human being on the planet, through the simple act of downloading and installing an application, can become a member of a global economy without borders.

Every human being on the planet can transmit and receive money at will, anywhere in the world, 24 hours a day, with fees that do not depend on the amount of money they are sending, but simply the capacity they use on the network.

Because the technology that allows two strangers from opposite ends of the planet to securely transact with each other opens up a range of new applications we haven’t yet imagined.

Bitcoin is not just money for the internet. Bitcoin is a platform.

The fundamental building blocks that bitcoin uses are:

These open the door to dozens… and then hundreds… and then thousands… of applications of trust.

Why does this matter?

Because for centuries, to coordinate any activity between large numbers of people, we had to have something to trust. And until now, the best answer to that problem of trust was institutions.

Institutions are collections of people governed by rules and policies that have attempted to create trust through tradition, reputation, and longevity. But institutions of trust are failing. And they are failing all over the world.

Instead, we are now information societies on a global scale. We are now trying to solve problems that affect not just 70 million people in one country, but the 7.5 billion people on one planet. And for problems of that scale, and for collaboration on that scale, traditional institutions do not work. They fail to scale.

They are not evil. They are not deliberately corrupt. They simply fail to solve the problems of a global society.

And yet just as we have seen these institutions fail, we have also seen the emergence of new systems of governance, new systems of global collaboration – systems that do allow us to collaborate, communicate, and solve problems at scale.

Bitcoin represents that happening to money.

It represents a network-centric system of money that is beyond the nation state… that allows people to collaborate on a global basis… that allows anyone, everywhere and anywhere, to participate in a global economy – without barriers, without ID, without credentials, simply through the act of running software.

And that will change the world